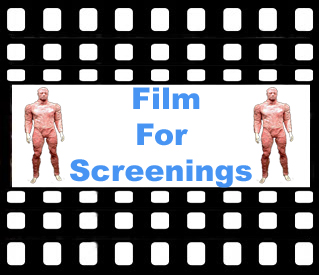 Films For Screenings aims to screen films that have been sent from around the world.

Beginning with the 10 Second Film Festival

Part 1 was generated back in 2003 by Jex and Michael, since then the tools for making film / video has radically altered and many of us now carry a small device on our person, 24 / 7 > Your phone is a mini studio, enabling you make motion pictures, edit them and send them - NOW!

Part 1 will be screened along with a new collection of 10 second films that have arrived from all around the world.

Our second part of this screening focuses on

Click on the links that will take you to more details on the artists and how to submit your own films.

All screenings will be screened at Jam Street.

As part of our film screenings Creative Corner Cafe will be holding a 'Make your Own' weekend bender . . .